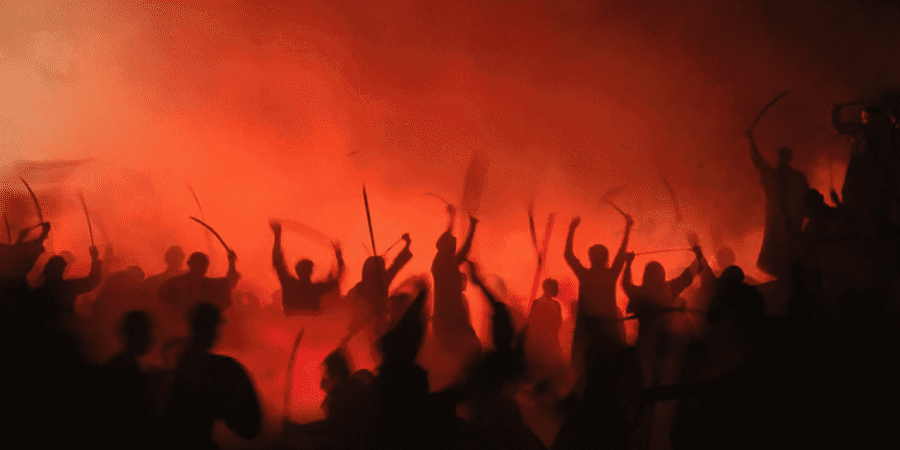 Photo by Hasan Almasi on Unsplash

This article gives a brief summary and additional/extra questions/answers of the chapter "Anti-British Rising and Peasant Revolts in Assam" which is the third chapter of the History textbook of Class 10 under the Board of Secondary Education, Assam (SEBA). The facts mentioned in this article are in accordance with the textbook.

Times before the Revolt of 1857

In the first half of the 19th century, the East India Company established itself as a powerful ruler in India and in Assam too they were able to create a strong administrative base and thwarted any uprisings of the locals against them. This was evident from the rebellion of Gomdhar Konwar and Piyoli Phukan which had failed.

The British took control of the economy of Assam through a new revenue system through which the government attached more importance to the collection of taxes. They didn't give any heed to ease the difficulties of the peasants and the poor. The new model of the money economy created deep resentments among the common people in Assam. This led to the emergence of Mahajans, who lived on interests in Assam and the Assamese who were compelled to take loans on interest. The Mahajans were mostly immigrant Marwari and Bengali businessmen.

During those days, due to the limited availability of markets, the Assamese people didn't have much scope to earn money by selling local products, while the British government did not take steps for the development of agriculture. Further, whenever the climate was not favourable, which wasn't very rare, agriculture suffered.

Revolt of 1857 and its impact on Assam

The year 1857 needs special mention as it was this year that the Indian soldiers in the British army shook the foundations of British rule by declaring mutiny. The policies of the British led to the merger of many Indian Kingdoms into the British Empire and the rulers of these kingdoms and their supporters supported the mutiny which broke out on 10 May 1857. While on the face, it was the rumour of greased cartages laced with cow and pig fat that caused the revolt, there were bigger factors that led to the revolt. The revolt also gave an opportunity to the elite class of Assam to rise against the British rule and reestablish the Ahom monarchy. Some at the Brahmaputra valley even tried to incite the Indian soldiers in the British army to stand against the British and install a Prince as the King of Assam. Reportedly, some soldiers at the Barak valley revolted against the British.

In Calcutta (now Kolkata) Maniram Dewan, an Assamese nobleman, met Madhu Mallik, a Bengali Mukhtiyar and planned to drive the British out of Assam. This conspiracy found supporters among a number of Assamese elites and it was decided that Ahom Prince Kandarpeswar Singha would be leading soldiers and Maniram would bring weapons from Calcutta to assist them. However, at the beginning of September 1857, Principal Assistant Captain Holroyd intercepted a number of letters written by Maniram detailing the conspiracy. Thus, on Holroyd's request, Captain Louther arrived at Jorhat. On September 7, Kandarpeswar Singha, the grandson of Ahom's last King Purandar Singha. Subsequently, he was sent to Calcutta and kept in prison. Soon after·this Maniram too was arrested.

Why the Revolt failed

Despite political and organizational efforts, Maniram and his associates failed to ignite the fire of anti-British rising in Assam to the extent as witnessed in North India. There are a number of causes for its failure, but the most important among many was the small number of participants in the revolt in Assam. Further, Maniram's supporters were limited to Jorhat and Sibsagar and he barely gained any help in Nowgaon, Kamrup and Gauhati. The leaders failed to act on time even after completion· of all preparations, giving the British a lot of time. Maniram was in Calcutta and commanding a revolt from there was quite impossible. Maniram and his companions also never involved all sections of the society and so, the new Assamese middle-class was not at all considerate towards the revolt.

The rebels failed to maintain the secrecy of the anti-British rising, giving the British government a needed advantage. They also had no access to required arms and ammunition. Maniram was supposed to arrange weapons, but he was arrested before anything could be done. Further, the Indian soldiers employed in the British army and posted in Assam did not support the revolt unlike what was observed in Meerut, Delhi and Lucknow.

1. When did the British established tea gardens in Upper Assam?

Answer: In the early part of the 19th century the British had established tea gardens in Upper Assam.

2. How was the British administration responsible for the deterioration of the cottage industry?

Answer: From the time of the Ahom dynasty the Paat and Muga silk of Assam had a special demand in the Indian market but the patronage of the British administration to import foreign cloth material had a very negative impact on the people associated with this industry.

4. What were the contents of the two applications that Maniram Dewan presented to the Chief Justice of the Calcutta High Court, Moffat Mills?

Answer: In 1853, when the Chief Justice of the Calcutta High Court, Moffat Mills came to Assam to investigate the administrative situation, Maniram Dewan presented two applications before him. In one of these, e gave an account of his services rendered to the British company and requested the government for some suitable remuneration. In the other, he requested that Ahom Prince Kandarpeswar Singha be reinstated on the Ahom royal throne and also the details of the sufferings and miseries of the aristocratic class.

Answer: The importance of the Revolt of 1857 were:

6. When was the powers of the East India Company transferred to the Queen of England?

Answer: After the suppression of the Revolt of 1857 all powers of the East India Company were transferred to the Queen of England through the Queen's Proclamation of 1858.

Answer: The Raij Mels were an intimate part of the Assamese rural life particularly in solving various problems right from the days of the Ahom Monarchy down to the British rule. It was the Raij Mels that awakened the peasants in various places of Nowgaon, Kamrup and Darrang against the British policy of exploitation which led to the British local administration being paralysed.

Answer: In 1868-69 land revenue had increased between 25% to 50%. When in 1892, the Chief Commissioner of Assam, Sir William Ward, increased the land revenue by 100% and arranged strict measures for its collection, the peasants lost their patience. The consequent series of peasant revolts that began in Assam in December 1893 came to be known as the Assam Riots. The peasants of Rangia and Lasima in Kamrup district and Patharughat in Darrang district decided not to pay taxes to the British government. The peasants organized themselves through the Raij Mels and declared that those who opposed this decision would be socially ostracized.

9. Write the various revolts that took place in and around Assam after the revolt of 1857?

Answer: The various revolts and anti-British rising that took place in and around Assam after the revolt of 1857 were Peasant Revolt of Lachima, Peasant Revolt of Patharughat, Ethnic (Tribal) Revolt, Jaintia Revolt, North Cachar Revolt, Revolt of the Nagas, Revolt in Manipur etc.

10. Write a short note on the revolt of Phulaguri.

Answer: Towards the end of the 19th century several series of peasant revolts and took place in Assam. The first among these was the revolt of Phulaguri in 1861. In this revolt, a government officer by the name of Lieutenant Singer was killed by the rebels. The British administration suppressed this revolt with a strong hand.

Unknown said…
Mention the impacts of Revolt of 1857 in Assam ? Give me answer