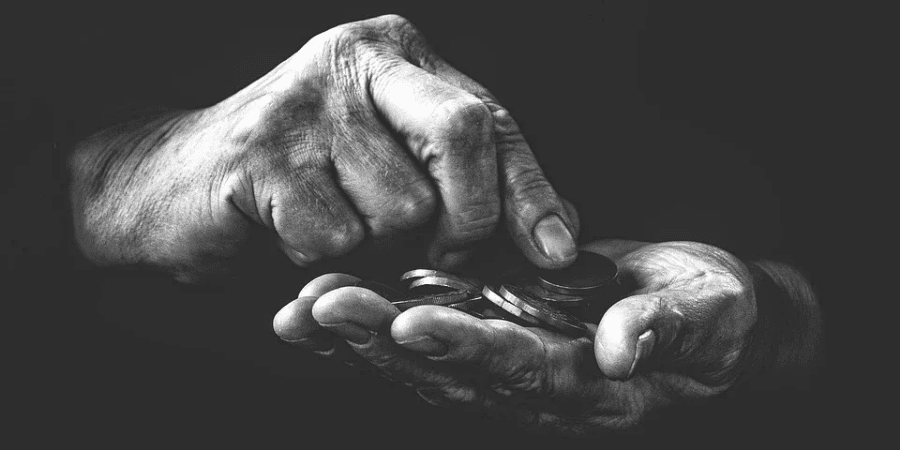 Image by Frantisek Krejci from Pixabay

This article gives a brief summary and additional/extra questions and answers of the chapter "Basic Economic Problems" which is the second chapter of the Political Science and Economics textbook of Class 9 under the Board of Secondary Education, Assam (SEBA).

Poor people in several countries around the world face a lot of problems due to poverty. Poverty is defined as a condition where people are unable to afford essentials such as food, clothing, shelter, education, and healthcare.

A poverty line helps classify the population of a country by dividing them into poor and non-poor. A number of poverty definitions have been proposed in India, but the calorie-based definition is the most widely accepted. As per the definition, based on calories given by the India Planning Commission, individuals who consume less than 2400 calories per day in rural areas and less than 2100 calories in the city can be considered 'poor'. People in rural areas need more calories since they have to do more physical labour.

The extent and causes of poverty in India

One of the most important features of the Indian economy is widespread and severe poverty. It would not be an exaggeration if we were to say there is no universal answer to the question regarding the number of people living in poverty in India. The various statistics provided by the various committees and commissions have shown different statistics of the poor in our country. One clear lesson from these statistics is that the number of poor has decreased in our country since independence. However, the rate of decrease in the number of poor is not up to expectations.

The causes of poverty can be basically divided into three parts:

(a) Historical: During the reign of British rule, the Indian economy was weakened because resources were sent abroad. The reason for this can be found in the book ‘Poor and UnBritish Rule in India’ by Dadabhai Naoroji.

(b) Economic: The reasons for rural poverty in India include – the absence of land ownership, the lack of employment alternatives outside the agriculture sector, the seasonal nature of its unemployment, uneducated and unskilled labour, the limited area of agricultural production, low wage rates, etc. India's urban poverty can be attributed to many factors - the constant flow of labour from the rural areas due to poverty, lack of housing, lack of drinking water, polluted environment, growth of slum areas, etc. Additionally, population growth has led to a decline in the ability to save, as a result of which there is a shortage of capital for investment, and hence, economic development is stagnant.

(c) Social: A significant segment of the population is unable to benefit from socio-economic development, due to the prevailing caste system, which has led to a complex problem of poverty.

India is the second-most populous country in the world in terms of population size, behind China. According to the 2011 census, India's population was approximately 1.1 billion.

A 2011 count indicates that Uttar Pradesh has the highest number of people (19.9 crores), while the least populated state is Lakshadweep with 64,429 people.

The following are among the important reasons for the growth of population in Assam and India:

An influx of people from neighbouring countries and states is a major factor in Assam's population growth. The unrestricted flow of migrants from neighbouring Bangladesh and Nepal has caused adverse effects on community life.

The term unemployment is generally used to refer to people who are without a job. In economics, unemployed people are defined as those who have the capacity and desire to work but don't have the opportunity to do so. If a person is capable of working but does not want to at the current rates of wages, then he or she cannot be called unemployed.

The state of higher prices is called inflation in general. However, in economics, a continuous rise in the general price level is known as inflation. With inflation, the value of money depreciates and prices rise.

The main causes of inflation are Demand-pull and Cost-push. Demand-pull inflation occurs when there is an increase in the demand for commodities by consumers, but no corresponding increase in the supply of commodities. The money or purchasing power of the people increases in such a situation, and so increases the demand for commodities that are limited in the market. As a result, prices of goods and services rise, leading to inflation. Another cause of inflation is increasing production costs. This is referred to as cost-push inflation. Cost-push inflation occurs mainly because three reasons exist - the rise in wages, the rise in profits, and the burden of taxes on commodities.

There are several ways in which inflation affects an economy. The people most adversely affected by inflation is the fixed income earners because inflation raises the price of commodities, but the fixed income earners' income or wages remain the same. Inflation affects savings adversely as a consequence of raising the price level. Therefore, people have to spend more on consumption and have less money for saving. As money value falls during inflation, the value of assets saved by the people also decreases. The rise in prices as a result of inflation also adversely affects the export sector. Increased domestic prices result in less international demand. As a consequence, exports fall.

Answer: Poverty is defined as a circumstance where a person deprived of the essential necessities of life including food, clothes, shelter, education and medical facilities.

3. What is the poverty line?

Answer: The poverty line is the line that separates the rich from the poor.

4. When is a person considered poor?

Answer: In rural areas and in urban areas, a person is considered poor if his or her daily calorie intake does not exceed 2400 and 2100 respectively.

5. What are two forms of poverty?

6. What are the main causes of poverty?

Answer: The rapid growth of population, inequalities in income, unequal distribution of wealth, etc. are the main causes of poverty.

7. What is the population of India and Assam?

Answer: According to the 2011 census, India has 121 crores population, while the population of Assam is 3 crores and 12 lakhs.

8. What state has the highest population in India?

Answer: The state with the highest population is Uttar Pradesh:

9. What are the main causes for the rapid growth of the population in India?

Answer: The main causes for the rapid growth of the population are illiteracy, poverty, lack of social consciousness, etc.

10. When is a person said to be unemployed?

Answer: When a person has the desire to work but lacks employment opportunities then he is said to be unemployed.

11. What are the different types of unemployment?

Answer: Unemployment are of two types i.e., rural (seasonal and disguised) and urban (educated and industrial).

12. How many employees does an organised sector have?

13. How to determine the Worker-Population Ratio?

Answer: The Worker-Population Ratio can be determined by dividing the total workforce by the total population and multiplying it by 100.

14. What are the main causes of unemployment?

Answer: Inflation is defined as a continuous rise in the price level. Price increases can be attributed to both demand-pull and cost-push.

16. What do you mean by suppressed inflation?

Answer: Open inflation occurs when prices rise unrestricted. However, when government controls the rise in prices, this prevents the price level from exceeding open inflation levels, such an event is referred to as suppressed inflation.

17. Who are the most adversely affected people during inflation?

Answer: The most adversely affected people during inflation are the fixed-income earners. Inflation can be controlled by means of monetary, fiscal, and non-monetary measures.

18. What do you mean by sustainable development?

Answer: An economy focused on resolving ecological problems and achieving sustainable development is a Green Economy.