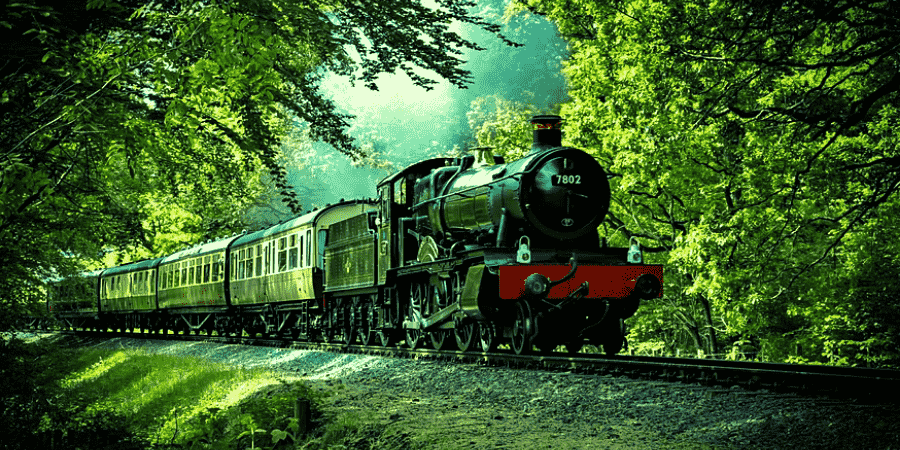 Photo by Denis Chick on Unsplash

This article gives a brief summary for quick revision during exams and MCQs of NBSE Class 10 Social Science Chapter 9 "Transport and Communication."

India currently boasts one of the world's largest road networks. Roads have been acknowledged as important in India since ancient times.

The Government of India is developing a road network that connects Delhi, Kolkata, Chennai, and Mumbai. The Super Highway has six lanes. The road is 5,846 kilometres long in all. The National Highway Authority of India is in charge of the project.

National highways connect states and are of national significance. These highways connect the country's most remote areas. They account for only 2% of overall road networks yet transport 40% of total road traffic. These routes span enormous distances and, in some cases, traverse through congested cities.

These highways connect state capitals with towns and district headquarters, as well as providing access to national highways. These are built and maintained by the State Public Works Department (PWD) in the respective state or union territory.

These roads connect the district headquarters to other districts and serve as a link between the district and state roads. The Zila Parishads are in charge of maintaining these roads.

This category includes village or rural roads that connect rural areas and villages to towns. Special provisions have been made under the "Pradhan Mantri Grameen Sadak Yojana" to ensure that every village in the country is connected to a major town by a motorable road that can be used in all seasons.

These are roads that can be found along our country's borders. The Border Roads Organisation (BRO), which reports directly to the Central Government, constructs and maintains these roads. The BRO was founded in 1960 to develop roads along the country's northern and north-eastern borders.

The Indian Railways is the country's largest public-sector enterprise. The railways are considered the main artery of inland transport in India, as well as the primary mode of transport for freight and passengers.

This is a new mode of transportation to our list. Pipelines have previously been used to transport water to various locations. Pipelines are now used to transport crude oil, petroleum products, and natural gas from oil and gas fields to refineries, fertiliser plants, and large thermal power plants.

1. India has one of the largest networks of which of the following modes of transport.

2. Which of the following modes of transport would you find in higher areas of mountainous regions like the Himalayas?

3. Which of the following are the primary road systems of our country?

4. Which of the following types of roads received special impetus under the pradhan Mantri Grameen Sadak Yojana?

5. Which of the following modes of transport is fuel-efficient and environment-friendly?

6. Which of the following was the first port to be developed soon after independence?

7. Which of the following airlines is the national carrier of India?

1. The BRO was established in

2. In India, the railway was first introduced in

3. Which of the following is the oldest means of transport?

4. The airways was nationalized in the year