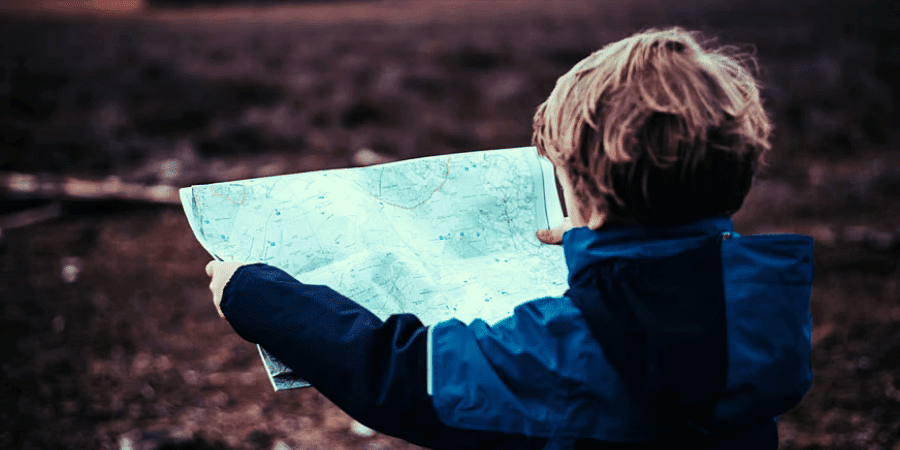 Photo by Annie Spratt on Unsplash

Introduction to the chapter Map Reading: A map is a representation of a portion of the entire Earth's surface drawn to scale on a plain sheet of paper, cloth, or wood. It provides an overall, bird's-eye view of a location. A map allows you to see the entire Earth at a glance. As a result, maps were created in order to study the Earth and learn about the various features found on its surface.

Maps are created using information. They represent physical characteristics such as annual rainfall, vegetation, and so on. They can also be classified based on the scale used to draw the maps.

As previously stated, the topographical maps feature a national grid of squares drawn to a scale of 2 cm: 1 km, with each square having a 1 km side. These are the sheets that are most commonly used for various purposes and are extremely useful in the field.

Maps have three components: direction, distance (scale), and symbols. Though maps come in a variety of shapes and sizes, the latitude and longitude of the area are usually mentioned along the map's edges.

The most important aspect of a map is its orientation. It is necessary and useful to describe the location of one place in relation to another.

Maps contain a wealth of information. A map depicts physical features such as mountains, peaks, rivers, and forests, as well as political boundaries and social and cultural features such as towns, settlements, temples, churches, mosques, roads, railways, and bridges.

1. A representation or a drawing of a part of the Earth's surface on a flat surface according to scale is called a:

3. Which of the following is an intermediate direction?

4. A map showing the distribution of industries is a :

5. The ratio between the actual distance on the ground and the distance shown on the map is called a:

1. A map that contains information about relief features or landforms of the Earth like mountains, peaks, rivers, plateaus and oceans is called:

2. The pole star is vertically above

3. A true representation of the spherical earth in the form of a model is a

4. The distance between any two points on the map measured along a straight line is

5. The network of horizontal and vertical lines or the Eastings and Northings is called